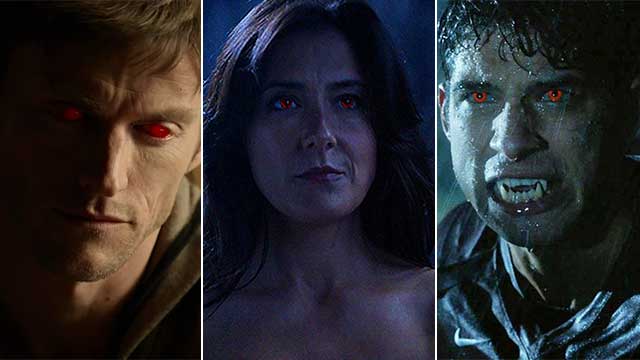 Welcome back to BuzzFrag. Hope you’re enjoying our quizzes. We’re back with an exciting and a tough quiz related to ‘Teen Wolf’. It has been almost 4 years since the last episode aired and the fans still love to binge-watch the show.

The story revolves around a teen boy named Scott McCall who gets bitten by a werewolf one night and thereby it changes his life forever. Stiles, his best friend helps him uncover the truth and helps him till the end.

Shadowhunters is based on The Mortal Instruments book series, follows the story of Clary Fray, a young woman who finds out on her eighteenth birthday that she is from a long line of Shadowhunters, human-angel hybrids whose mission in life is to hunt down demons, all while she has to deal with the struggle of forbidden love.

If you want a classic supernatural series, go for Buffy the Vampire Slayer. The story opens with a woman who descends from a long line of “Vampire Slayers,” chosen by fate to battle against vampires, demons, and different kinds of evil. She wants to live a normal life, but slowly begins to embrace her destiny.

O’Brien got hurt during a stunt during the filming of The Death Cure and the head injury he sustained was so severe that production was halted for months while he recovered. Following this, the actor had serious doubts about whether or not he wanted to continue acting at all.

Despite the fact that Scott’s double band tattoo would become the McCall Pack’s emblem, the true reason he acquired it had nothing to do with a Teen Wolf narrative arc. Tyler Posey is a self-proclaimed tattoo aficionado. Because of his acting profession, the actor reportedly fought for a long period to keep his arms ink-free.