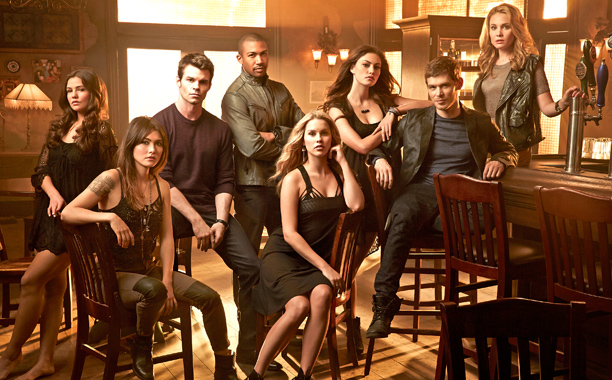 Hey guys, welcome back to BuzzFrag. We’re here again with an exciting quiz related to The Vampire Diaries spin-off, The Originals.

The big and complicated Mikaelson family, also known as The Originals, was a big hit after The Vampire Diaries ended. The original vampires were born in New Orleans and turned by a curse of their mother in order to protect them from an evil that comes every night.

Niklaus (Klaus) Mikaelson, the original vampire hybrid, is the most beloved villain on cinema. Throughout the series, Klaus has been portrayed as fearless, wicked, and egocentric, but yet being a passionate and vulnerable vampire. His brutality, anger, and unmerciful nature made him a dreadful vampire legend.

No, not really! Stop panicking! I’m talking about the real-life relationship between Joseph Morgan (Klaus) and Persia White. The two met during “Vampire Diaries” where White played the mother of Bonnie Bennet, Abbey Bennet Wilson.

While Joseph Morgan might not have any kids yet, he long ago wanted Klaus to have them! In 2013, long before little Hope Mikaelson was in our heads and on our screens, Morgan told his fans how much he wanted Klaus to be a daddy! “I hope he really loves that baby. Because I think there’s nothing that will be more interesting than a murderous, sociopathic killer who will do anything for his new-born child.

One of Mogan’s first audition was for a role in the Harry Potter films. Given how avid a reader Morgan is, it’s no surprise that he read these novels. What’s more shocking is who he auditioned as: Tom Riddle. That’s correct! Klaus Mikaelson, the man who would become Lord Voldemort, was almost cast as him!

It’s time to have fun. Let’s see how much do you still remember ‘The Mikaelsons’.