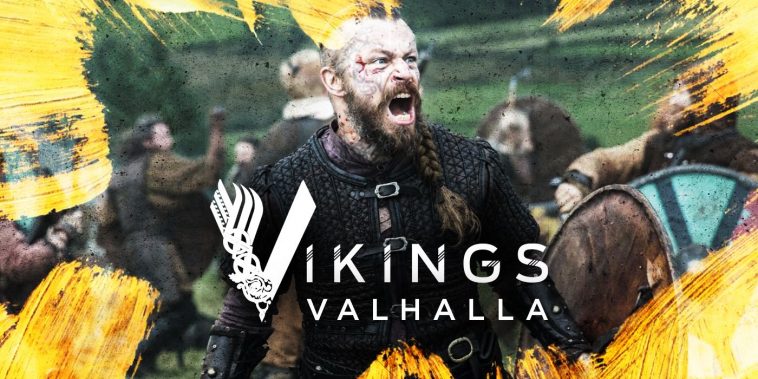 THE HIGHLY EXPECTED SPIN-OFF WILL TAKE A LARGE STEP INTO THE FUTURE, FEATURING LEGENDARY NORTHMEN LEIF ERIKSON AND ERIK THE RED, AND BRING LOADS OF EPIC HACK-AND-SLASH VIKINGS ACTION BACK TO TELEVISION.

Vikings came to an end in December 2020 after a thrilling six-season tenure. The Emmy Award-winning series, created, executive produced, and written by Michael Hirst, began as a miniseries — and the History Channel’s first original scripted programme — when it aired in 2013, but it soon received a renewal. Hirst set out to investigate this narrative, this universe, and these individuals in both grim and magnificent ways.

Fans might think that the show was over, but actually it isn’t. In fact, the fans have the reason to celebrate after Netflix released the first look of Vikings: Valhalla. Actually, Netflix ordered the spin-off in 2019, and while it isn’t directly related to the tale that started on the History Channel and finished on Amazon Prime Video, the connective thread will be present. 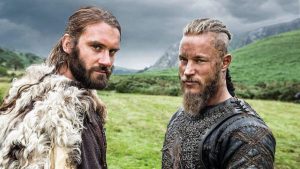 The Plot of Vikings: Valhalla

The end of the Viking period creeps increasingly closer as the Kingdom of England stands firm against its Scandanavian attackers, set over 100 years after the events of Vikings. Following the death of King Edward the Confessor, three lords claim the English crown, irrevocably altering England’s future. 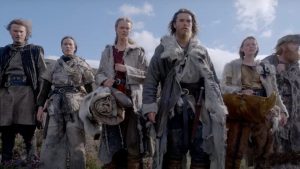 How will it relate to the previous series?

Furthermore, Valhalla is already dealing with a dilemma, as Vikings established that Ubbe was the first Viking to reach North America, but in truth, Leif Erikson was the first to arrive. As a result, Vikings: Valhalla will have to address this, establishing an unavoidable link between the two programmes, and there will undoubtedly be more details like this.

The seaside town of Kattegat will be another important connecting element. By the end of Vikings season 6, the tiny village where we initially met Ragnar and his companions had grown into a busy trade port. The gap in time between exhibitions will benefit Kattegat, which will soon be considered one of Europe’s major ports.

Will any of the original Vikings make an appearance in the new show?

Yes, according to his agency CV, John Kavanagh, the first and most renowned actor from Vikings, will feature in Valhalla. He played the Ancient Seer in Vikings and subsequently began to appear in the visions of some of the protagonists. Other cast members from Vikings that will appear in Valhalla include Karen Connell, Bosco Hogan, and Gavan O’Connor Duffy.

So far, 24 episodes of Vikings: Valhalla have been confirmed to be ordered. Netflix has committed to a large number of episodes, given the average is between eight and thirteen.

Finally, when will it premiere?

Pre-production of the series was halted because of Covid-19 pandemic. That hiatus ended in the summer of 2020, and in August, filming kicked off at Ireland’s Ashford Studios. During TUDUM, Netflix’s global fan event, the streamer announced the series will make its premiere sometime in 2022 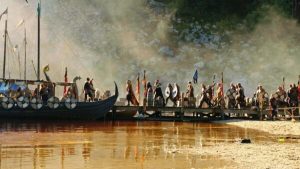 Are you excited for the release of Vikings: Valhalla? Let us know in the comments

Also, take this quiz to brush up your Vikings knowledge – Only A True Vikings Fan Can Get A 10/10! Are You Up For The Challenge?