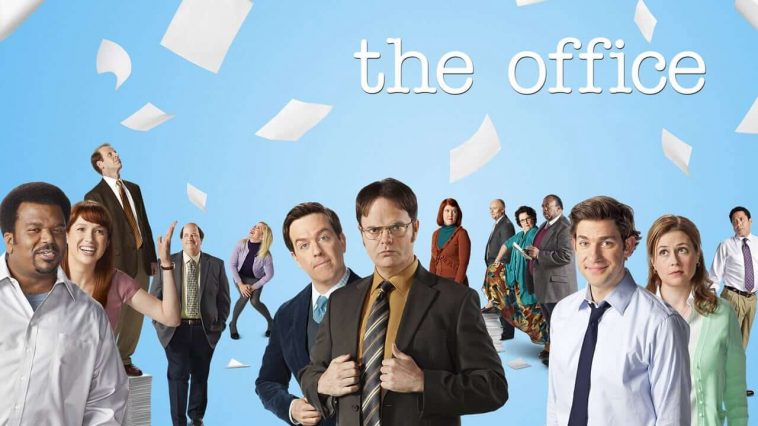 The Office is an American mockumentary sitcom television series that depicts the everyday work lives of office employees in the Scranton, Pennsylvania, branch of the fictional Dunder Mifflin Paper Company. It aired on NBC from March 24, 2005, to May 16, 2013, lasting a total of nine seasons.[1] It is an adaptation of the 2001–2003 BBC series of the same name, being adapted for American television by Greg Daniels, a veteran writer for Saturday Night Live, King of the Hill, and The Simpsons. It was co-produced by Daniels’s Deedle-Dee Productions, and Reveille Productions (later Shine America), in association with Universal Television. The original executive producers were Daniels, Howard Klein, Ben Silverman, Ricky Gervais, and Stephen Merchant, with numerous others being promoted in later seasons.

The everyday lives of workers at a paper company are caught on camera by a camera crew for a documentary. Some of these workers are Michael Scott, the boss, who isn’t too bright or funny. Dwight Shrute, a salesman who takes his job very, very, seriously. Jim Halpert, a salesman who is the office cool guy and prankster. And Pam Beesly, the receptionist who is engaged but who is also the crush of someone else in the office. With these characters, the daily antics of this branch is anything but normal.

Take this quiz and find out how much you remember about the favourite sitcom. You want to how well do you know the office lets play