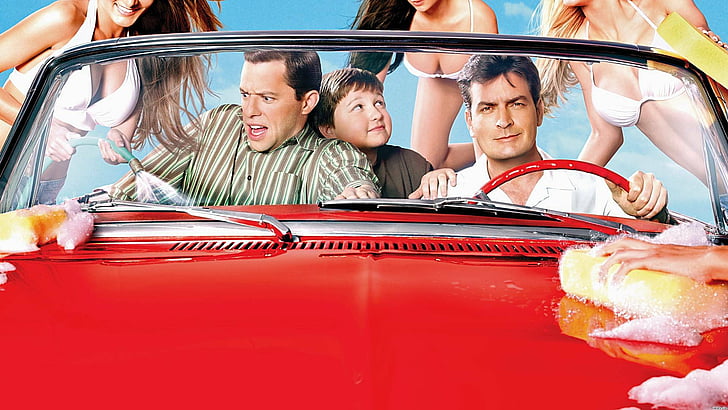 Hey guys, welcome back to BuzzFrag. We’re back with a bang this time along with a quiz related to ‘Two and a Half Men’.

Two and a Half Men is an American television sitcom that originally aired on CBS for twelve seasons from September 22, 2003, to February 19, 2015.

It’s quite possible that no show has gone through so much change throughout its run as Two and a Half Men. It’s one of the most enduring shows to ever air on television. It began as a vehicle for fledgling ’80s star Charlie Sheen to reclaim his former glory. The premise involved a carefree bachelor whose brother and nephew move in with him following a bitter divorce. And its snappy dialogue and lovable cast quickly made it the biggest hit comedy on American television, drawing tens of millions of viewers every week in an age when traditional television was dying.

The series finale ending, with a Charlie Harper body double being crushed by a piano has its supporters and detractors. But there was another planned ending, which Lorre revealed after the credits. Lorre claimed, “Our idea was to have [Charlie] walk up to the front door in the last scene, ring the doorbell, then turn, look directly into the camera and go off on a maniacal rant about dangers of drug abuse. Could you even imagine?

From the promising pilot to the self-aware finale, how well do you know the tumultuous odyssey of sex, mischief, and cast changes ?Take this quiz to find out!