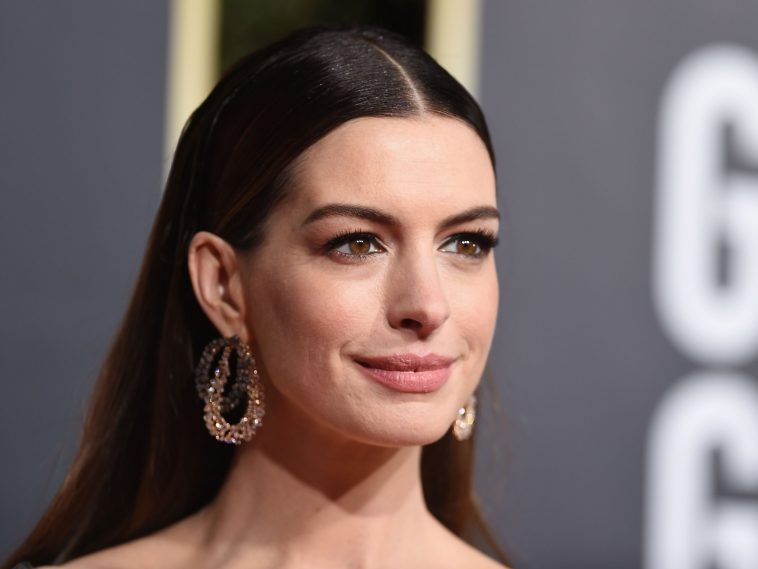 Anne Jacqueline Hathaway is an American actress. She is the recipient of several accolades, including an Academy award, a Primetime Emmy award and a Golden Globe Award. In addition, she was one of the highest paid actress in 2015.

Anne also appeared in Forbes Celebrity Top 100 list. Hathaway graduated from Millburn High School in New Jersey , where she performed in several plays. Anne supports several causes. In fact, she is also a board member of the Lollipop Theatre Network an organization that brings films to children hospitals, and advocates for gender equality as a UN Women goodwill ambassador.

Anne married to actor Adam Shulman, with whom she has two sons. Moreover, Hathaway has been nominated for two Academy Awards , three Golden Globe Awards and a British Academy Film Award.

She won an Academy Award, a Golden Globe, a Screen Actors Guild and a BAFTA Award for Best Supporting Actress for Les Misérables.

She is a beautiful actress and if you are her super fan, you wanna know how much well do you know Anne Hathaway.  Take this quiz and find out how really do you know her ?

Along with her thriving acting career, Hathaway supports a number of charities, including the Lollipop Theatre Network and the Step Up Women’s Network, which empowers the next generation of strong, educated, and resourceful women.

Hathaway was swept up in a riptide on the beach in Oahu, Hawaii, in 2014. She began to scream and wave her arms, but her boyfriend was too far away to hear her. Thankfully, some local surfers saw her in distress and were able to save her with a boogie board. But she cut her toe on some coral on the way in and was bleeding profusely when she finally made it to shore.