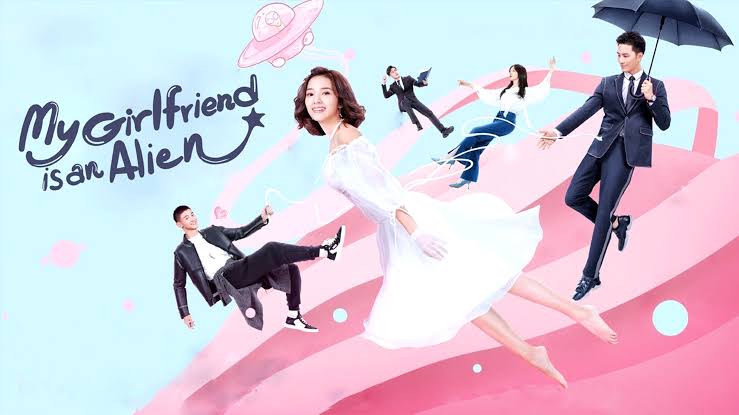 Hello guys,welcome back to BuzzFrag! We are back again, with another new and exciting Quiz for you and this time it’s about the popular Chinese drama:My Girlfriend is An Alien.The show starring Wan Peng and Thassapak Hsu has already gained worldwide fame and a huge fan following.

1.My Girlfriend is An Alien is a fantasy romantic comedy.Chai Xiaoqi is an alien girl from ‘Cape Town’ planet who right after landing on earth encounters with earthling Fang Leng who is the hotshot CEO of the Future group.During this she loses her beacon and gets trapped on Earth.

Xiaoqi goes into a flowery state whenever she inhales hormones emitted by men on Earth.On the other hand Fang Leng has a rainy weather induced amnesia in which he forgets all about the women known to him.These conditions lead to funny and hilarious consequences and an interplanetary love story blossoms between the two.Things tend to get a little complicated when Fang Leng’s half sibling Fang Lie starts to get head over heels for Xiaoqi.

2.Thassapak Hsu is a great singer.He debuted on stage as a singer at the age of 18.

3.The language of the show is Mandarin but due to huge popularity it is dubbed in two Indian languages-Tamil and Hindi.It is also the first Chinese Drama ever to be dubbed in Hindi.

4.The much awaited season 2 of My Girlfriend is An Alien is coming soon this year!The filming has been already completed.

Well if you have read this far you must be a big fan of the show as we are and also eagerly waiting for the new season.Before it arrives freshen up the memories of the show with this Quiz.

Share this Quiz with your friends to test how much they remember. Good Luck!