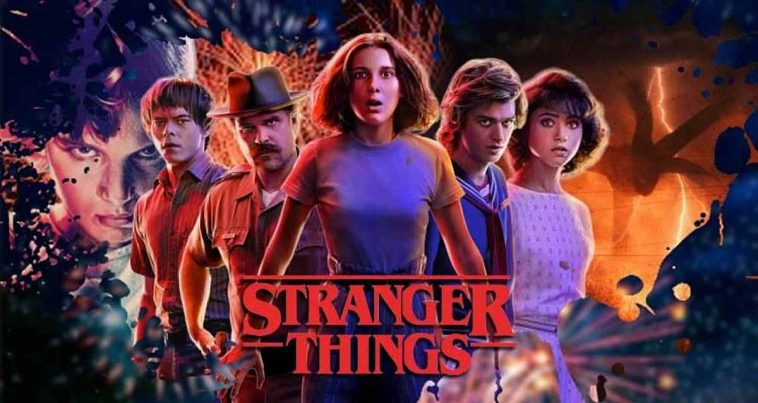 It’s the fall of 1984, about a year after Will Byers was found, and he has been plagued by seeing visions of the Upside Down featuring a more dangerous monster. That leads the boy to see a suspiciously friendly new doctor, with the possibility that Will’s visions are the result of suffering from PTSD. Nancy deals with survivor’s remorse over the death of best friend Barb. Meanwhile, a new sinister entity threatens the Hawkins residents who survived the year-earlier events. New to the town is tomboy Max, who befriends the boys and attracts the romantic interests of Dustin and Lucas.Stranger Things is an American science fiction horror mystery-thriller streaming television series created by the Duffer Brothers and released on Netflix. The brothers serve as showrunners and are executive producers along with Shawn Levy and Dan Cohen. The series premiered on Netflix on July 15, 2016. Set in the 1980s in the fictional town of Hawkins, Indiana, the first season focuses on the investigation into the disappearance of a young boy (Will Byers) amid supernatural events occurring around the town, including the appearance of a girl with psychokinetic abilities. The second season focuses on Will’s side effects from being in the Upside Down with its entities crawling into the real world. The third season focuses Eleven and Mike’s relationship as the kids continue their battle against the Upside Down entities.

Take this quiz and find out how well do you know stranger things.Lets play