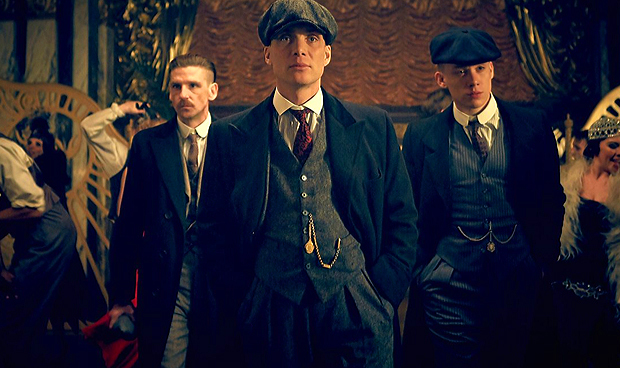 Peaky Blinders is a British period crime drama television series created by Steven Knight. Set in Birmingham, England, the series follows the exploits of the Shelby crime family in the direct aftermath of the First World War. The fictional family is loosely based on a real urban youth gang of the same name.

Peaky Blinders is the kind of drama that once you’re in, you’re hooked. It seems a good time to refresh your memory on life as one of the Birmingham gangsters as Season 6 of Peaky Blinders is around.

According to reports, production for the upcoming season has been wrapped up and the show is likely to premier its next season by late 2021 or early 2022.

Yes, you heard it right. Peaky Blinders star Cillian Murphy has recalled how he persuaded creator Steven Knight to cast him as Tommy Shelby, instead of his first choice at the time: Jason Statham. “There was a bit of convincing needed,” remembered Murphy. “Initially, there may have been some doubts about whether I had the requisite physicality, which I understand. I’m not the most physically imposing individual.”

Yes, Peaky Blinders is actually based on a true story. Well, kind of. Technically, Peaky Blinders follows the Shelby family, a gang of outlaws who infiltrated late 19th-century England. The Shelby’s weren’t reported to be real people, but the Peaky Blinders gang did exist. Moreover, these criminals were well-known around that time period. However, the series is highly dramatized and fictionalized to create as much drama as possible. Most of the Peaky Blinders gang was around in the 1890s, not the 1920s like the show. They lost power in 1910s to the rival gang The Birmingham Boys, and never gained as much political power as Tommy does in the series.

So, we want you to take the quiz and check your knowledge and see if you’re ready for season 6 or not. Furthermore, we’ll be back with more exciting quizzes and news related to ‘Peaky Blinders’. So, Stay tuned! Good Luck!