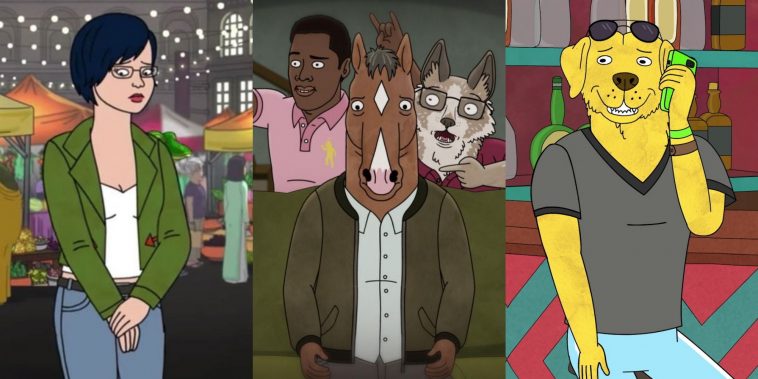 Hey guys, we hope y’all are doing well. Stop whatever you’re doing, and let’s take a little trip to Hollywoo. Can you hear the intro music? From Diane and Mr. Peanutbutter to Princess Carolyn and Sextina Aquafina, how much do you know about your favorite “BoJack Horseman” characters? It’s been over a year since the release of last episode of your favourite sitcom ‘BoJack Horseman. Now, it’s time to check how much you really remember the smallest of instances of the show. The following 10 questions related to ‘BoJack Horseman’ will test your memory to the fullest. Try to

BoJack Horseman was the star of the hit television show Horsin’ Around in the ’80s and ’90s, now he’s washed up, living in Hollywood, complaining about everything, and wearing colourful sweaters.

After starring in the popular sitcom “Horsin’ Around” in the late 80s and early 90s, BoJack Horseman struggles with his deteriorating popularity, depression, addiction, and maintaining the relationships with those he cares about, but can’t seem to stop hurting, all while living in the satirical, pun-filled city of Hollywood, California.

Todd Chavez is one of the only television characters who refer to himself as asexual, a move that some reviewers have hailed as innovative.

The following 10 questions related to ‘BoJack Horseman’ will test your memory to the fullest. Try to score as much as you can. Good Luck!