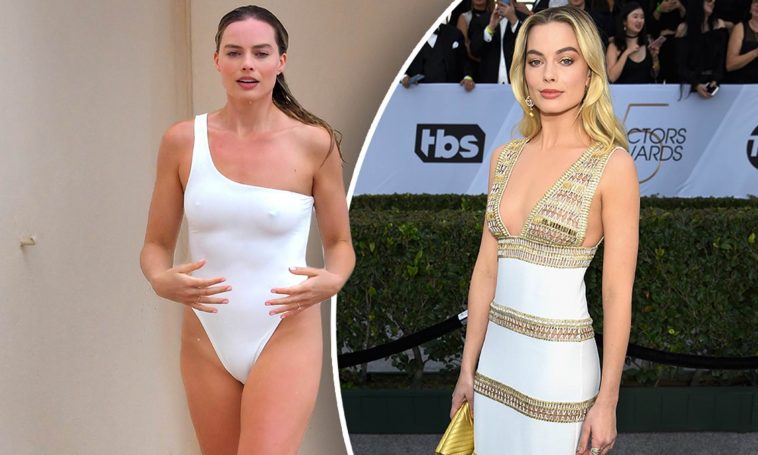 Margot Elise Robbie is an Australian actress and film producer. She was nominated for many prestigious awards like Academy Award, Golden Globe Award. British Academy Award and many more. She was also ranked among the world’s highest-paid actresses by Forbes in 2019.

Robbie began her career in independent films and on the television shows Neighbours (2008–2011) and Pan Am (2011–2012), both of which she was born and raised in Queensland. With the black comedy picture The Wolf of Wall Street, she made her debut in 2013.

Some people know her as Naomi Lapaglia from the Wolf of Wall Street, others as Harley Quinn from Suicide Squad, and others still as “Maggot” from middle school. Whatever you call her; there is no denying that Margot Robbie is one of the most sought after actresses in Hollywood. She is twenty-six and beautiful, in a blue mood, minor knock around key kind of way. She’s blonde but with dark roots; tall but with the aid of certain shoes; and can be sexy when she wants to.

For extra-curricular activities, most girls prefer doing such things as ballet dancing, music, and perhaps cooking. But Margot Robbie is not most people. When she 8 years old, Robbie’s mother enrolled her to a circus school for a trapeze program.

Since she was discovered in The Wolf of Wall Street, several major offers have come her way, including the infamous role of Harley Quinn in the just released Suicide Squad. However, there are several other comic book characters she has been asked to play. The biggest one was that of Sue Storm in the recent reboot of Fantastic Four, before the role was given to Kate Mara.

Suicide Squad was one of the most anticipated movies of 2016.  While most people were really looking forward to see Margot Robbie play the Joker’s right hand girl, Margot is not thrilled about the lady. In addition to being the Joker’s girlfriend, Harley Quinn is also a psychopath, which Margot Robbie says does not match with her personality. However, being a professional, she had to adapt to the character and it looks like she pretty much nailed the role.

You’ll get to know more about her through the quiz.