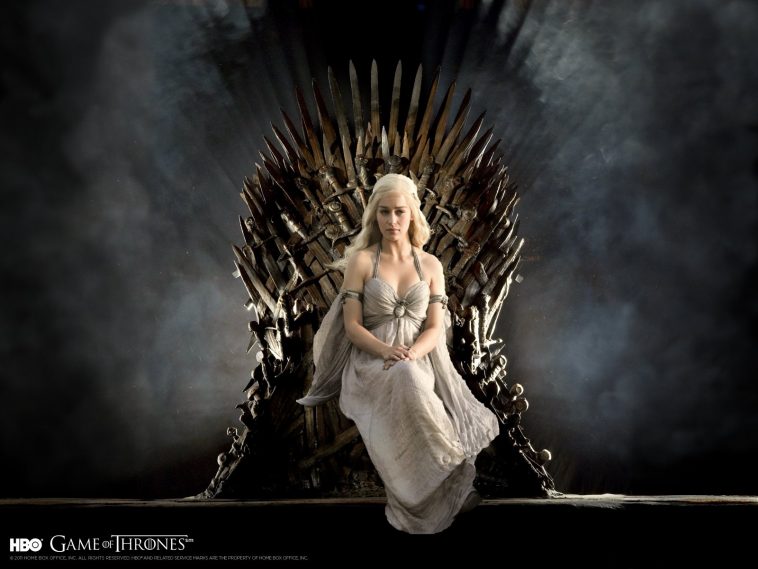 Queen Daenerys I Targaryen, also known as Daenerys Stormborn, and colloquially known as Dany, was the younger sister of Rhaegar Targaryen and Viserys Targaryen and only daughter of King Aerys II Targaryen and Queen Rhaella Targaryen, who were both ousted from the Iron Throne during Robert’s Rebellion. She also served a brief tenure as the de facto Queen of the Andals and the First Men and the twenty-first ruler of the Seven Kingdoms, after claiming the throne from her predecessor Cersei I Lannister, who was killed in the Battle of King’s Landing. However, she was never formally crowned, nor did she sit upon the Iron Throne.Daenerys was initially a timid, obedient youth. However, as time passed, she gathered confidence and followers, becoming a formidable conquerer and ruler.Daenerys eventually succumbed to the “Targaryen madness” of her ancestors after a series of terrible personal losses, grief, and betrayal. Razing King’s Landing despite its surrender, Daenerys killed countless civilians. Unable to be dissuaded from further destruction, she was assassinated by her nephew (and lover) Jon Snow to prevent further carnage. She was eventually succeeded by Brandon the Broken (an elective monarch chosen by the Great Council of 305 AC).

Daenerys was played by Emila Clarke. If you are a Emila Clarke fan then take this quiz and find out how well do you know her character Daenerys Targaryen.