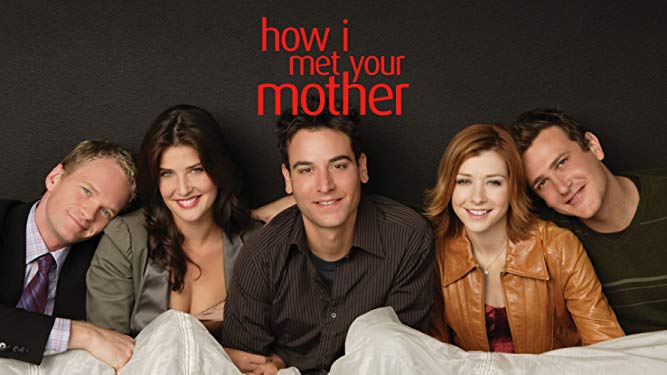 How I Met Your Mother (often abbreviated as HIMYM) is an American sitcom, created by Craig Thomas and Carter Bays for CBS. The series, which ran from 2005 to 2014, follows the main character, Ted Mosby, and his group of friends in New York City’s Manhattan. As a framing device, Ted, in the year 2030, recounts to his son, Luke, and daughter, Penny, the events from 2005 to 2013 that led him to meet their mother. How I Met Your Mother is a joint production by Bays & Thomas Productions and 20th Century Fox Television and syndicated by 20th Television (now Disney-ABC Domestic Television).The series was loosely inspired by Thomas and Bays’ friendship when they both lived in New York City.[1] The vast majority of episodes were directed by Pamela Fryman, who directed 196 episodes out of 208. Other directors include Rob Greenberg (7 episodes), Michael Shea (4 episodes), and Neil Patrick Harris (1 episode).

Known for its unique structure, humor, and incorporation of dramatic elements, How I Met Your Mother was popular throughout its run. The show initially received positive reviews upon release, but reception became more mixed as the seasons went on.The show was nominated for 30 Emmy Awards and won ten. In 2010, Alyson Hannigan won the People’s Choice Award for Favorite TV Comedy Actress. In 2012, seven years after its premiere, the series won the People’s Choice Award for Favorite Network TV Comedy, and Neil Patrick Harris won the award for Favorite TV Comedy Actor twice.