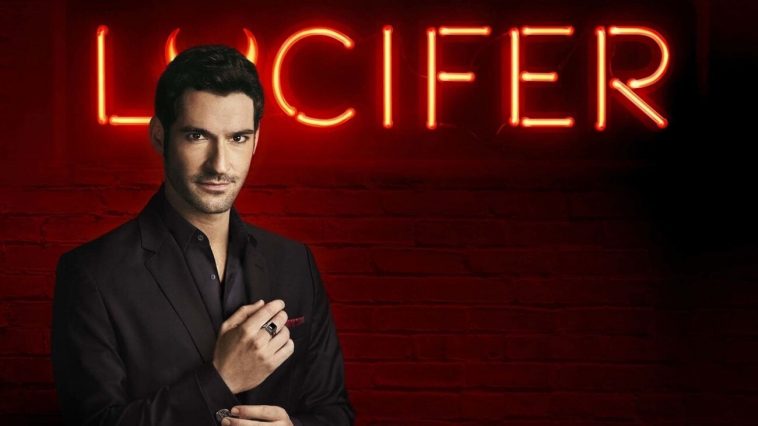 Based on Characters created by Neil Gaiman, Sam Kieth and Mike Dringenberg. Series follows Lucifer the original fallen angel, whose fed up of his life in hell.

After retiring from hell and coming to Los Angeles. He indulges himself in his favourite activities ( wine, women and song). Then a murder take place outside his night club. Lucifer faced a special Homicide detective named Chloe Decker.

Lucifer is played by British Actor and singer Tom Ellis.  Lauren German as Chloe Decker. Kevin Alejandro as Dan Espinoza. The series had separate fan base which helped the series to comeback after being cancelled.

Lucifer Morningstar owns a club in Los Angeles named Lux. He has a bartender demon named Mazikeen.  Lucifer The Devil falls in love with Detective Chloe Decker. In the Season 5b we are going to meet God. Season 5b showcase the relationship between father and son.

As fox cancelled the series after its 3rd season. Fans from all over the world started campaign save Lucifer after which Netflix take over the rights. And we get season 4 , 5a and 5b. With its final coming season 6. . Lead actors Tom Ellis and DB WOODSIDE  share an Instagram post of last day of Lucifer.

Check out this quiz . If you are a Lucifer fan you will guess all the answers right.  Take this quiz and find out, Are you a Lucifer.

There’s actually a character named Lucifer on Supernatural. That version of the character was once asked what he would do, should he ever escape the bondage of Hell.

Lucifer season 5 ended with a thrilling cliff-hanger. But fans can take comfort in knowing the final season is on its way. Kevin Alejandro, who plays Dan Espinoza on the Netflix show, directed the season 5 finale and will be helming the series’ penultimate episode.

“Are you Lucifer fan? Lets find out!